The SolarStratos experimental aircraft made its first double handed flight this morning in Payerne, Switzerland. It was also the first flight of Raphaël Domjan, the initiator and future pilot of the project. SolarStratos becomes the second solar airplane in history to fly with a passenger.

The SolarStratos team continues to make great strides! The first flight of the aircraft equipped with its new wings took place on July 27th. This morning, the experimental electric plane made its first double handed flight; in addition, Raphaël Domjan, the initiator and future pilot of the project, made his first flight. SolarStratos becomes the second solar airplane in history to fly with a passenger.

“What a long way I have come since I dreamed of flying with solar energy during my Pacific crossing aboard my solar boat PlanetSolar, it’s incredible! Thank you to all my team, our partners and all the people who have supported us for all these years,” said Raphaël Domjan at the end of the flight.

Piloted by test pilot Miguel A. Iturmendi, SolarStratos took off at 7:00 am from the Payerne aerodrome and made a 48-minute flight. Numerous tests to prepare for the next records were carried out during this flight. Starting next week, the SolarStratos team will attempt two world firsts, the details of which will be announced shortly.

Beyond these technological and human feats, SolarStratos’ priority objective is to promote solar energy in order to protect the climate of our planet from greenhouse gases, by demonstrating that concepts and projects that seemed inconceivable a few years ago are now possible thanks to the technologies available today. 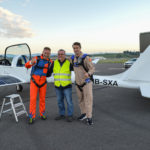 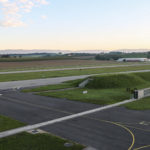 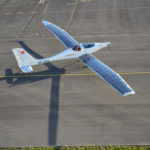 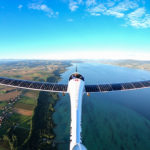