The SolarStratos stratospheric solar aircraft was damaged this morning during a stress test conducted on land at the team base in Payerne. No human risks were taken and no one was injured. 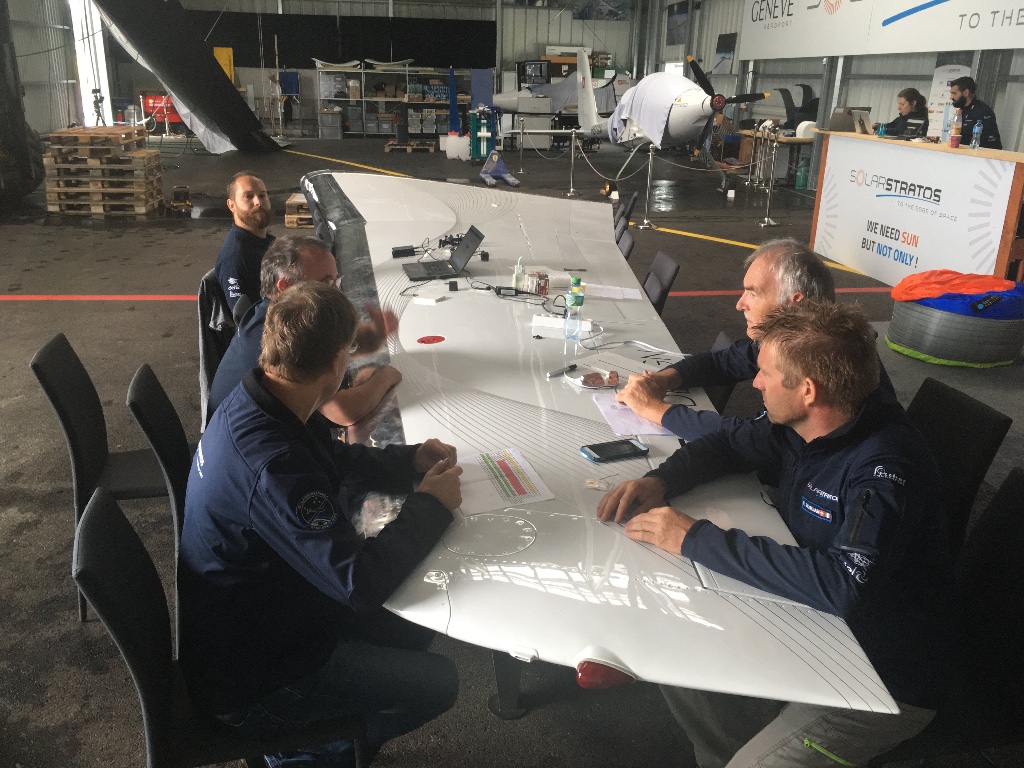 However, the wing was damaged and its repair will cause a delay in the team’s operational schedule.

“Our plane is a unique prototype, destined to accomplish what nobody has done so far: fly to the stratosphere in a clean way, thanks to solar energy,” says Raphaël Domjan, the initiator of the SolarStratos project. “This pioneering spirit involves a real technological challenge, and takes us to unknown territories. Risks are an integral part of such a project, even if our objective is to anticipate them as well as possible; this is why we carry out many tests. »

SolarStratos is a unique carbon fiber prototype. It is an experimental, fragile and sensitive aircraft. The test performed this morning consisted of gradually increasing the load on the wings, artificially, in order to simulate an extreme flight situation with two pilots on board the aircraft.

Since it started flying one year ago, the SolarStratos aircraft has successfully flown 15 times with test pilot Damien Hischier at the controls. Many lessons have been learned from this initial phase, which will be valuable for the next stages of the project.