The holidays are over

The holidays are over, and SolarStratos is back to business. The team is reunited in Payerne and is preparing for new adventures and unlimited exploration! On the agenda for the next few weeks: a new round of test flights that will be carried out according to weather and technical constraints. Stay tuned!

Meanwhile, the SolarStratos Club members and friends enjoyed a get together on Friday 2 September at the HB-SXA base. Raphaël Domjan’s presentation was followed by a lively discussion on the progress of the project, aviation, and the climate. 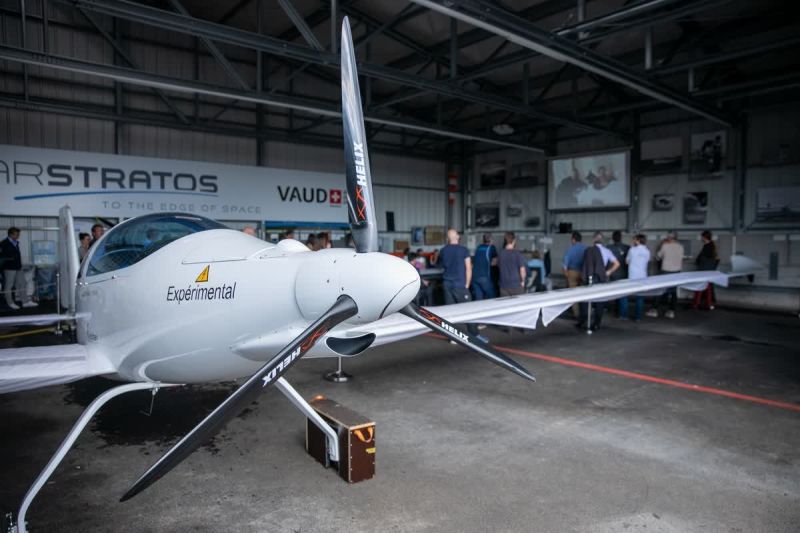 The sun has also been breaking records this summer. Switzerland has experienced excessive sunshine throughout the country, recording between 110 and 130% above the average from 1991-2020. July was the sunniest month since records began in 1959 according to the Federal Office of Meteorology and Climatology. Meteoswiss stations in the lowlands, northern Alps, and Valais measured over 300 hours of sunshine. “That’s as much as southern Spain,” said Raphaël Domjan.

These statistics are alarming in themselves, but they demonstrate the legitimacy of the SolarStratos eco-project. In the face of climate change, and gas and oil shortages, “solar energy is more than just a dream, it is our future. This record adds weight to our mission: beyond flying a solar aircraft, this project is a communication tool to demonstrate and promote the potential of solar energy.”

A project like SolarStratos gives off good vibrations, but like all aircraft, it will be subject to the phenomenon known as ‘flutter’. Flutter is the effect of the aeroelastic coupling between the aerodynamic forces and the structure of the aircraft in flight. In other words, at a given speed, the aircraft goes into vibratory spasms that can intensify until it is destroyed. To simplify this further, flutter is to aviation what handlebar wobbles are to motorbikes or bicycles.

This summer, HB-SXA underwent the Ground Vibration Test (GVT) by the Office National d’Etudes et Recherches Aérospatiales, the French national aerospace research centre, and a SolarStratos partner since 2020. The importance of this test is highlighted by the fact that when the aircraft reaches the limits of the stratosphere, the scarcity of the air will force SolarStratos to fly much faster.

A wingsuit premiere that “will make all generations dream”

In yet another SolarStratos world premiere, on the 18 June in Verbier, the solar aircraft piloted by eco-explorer Raphaël Domjan demonstrated its pioneering nature alongside ‘Lady Bird’, the extreme sportswoman Géraldine Fasnacht. The pair took off from Sion – the first-ever take off from the Canton of Valais – for the world’s first wingsuit jump from a solar and electric airplane. With innovative technology, risk management, and rigorous preparation, nothing was left to chance to achieve this extraordinary performance that delighted and astonished the large crowd gathered to watch!

“A magical moment!” said Géraldine Fasnacht, back on the ground again. “And a chance to fulfil a dream alongside SolarStratos. Exploration is unique and remains the best way to demonstrate what is possible,” she added, delighted.

Beyond the magic of the flight over the Valais Alps and the resort of Verbier, the stunt demonstrated the unlimited potential of solar energy. “With this pioneering spirit, SolarStratos is committed to making all generations dream of a cleaner and more environmentally friendly aviation, and world,” said Raphaël Domjan. 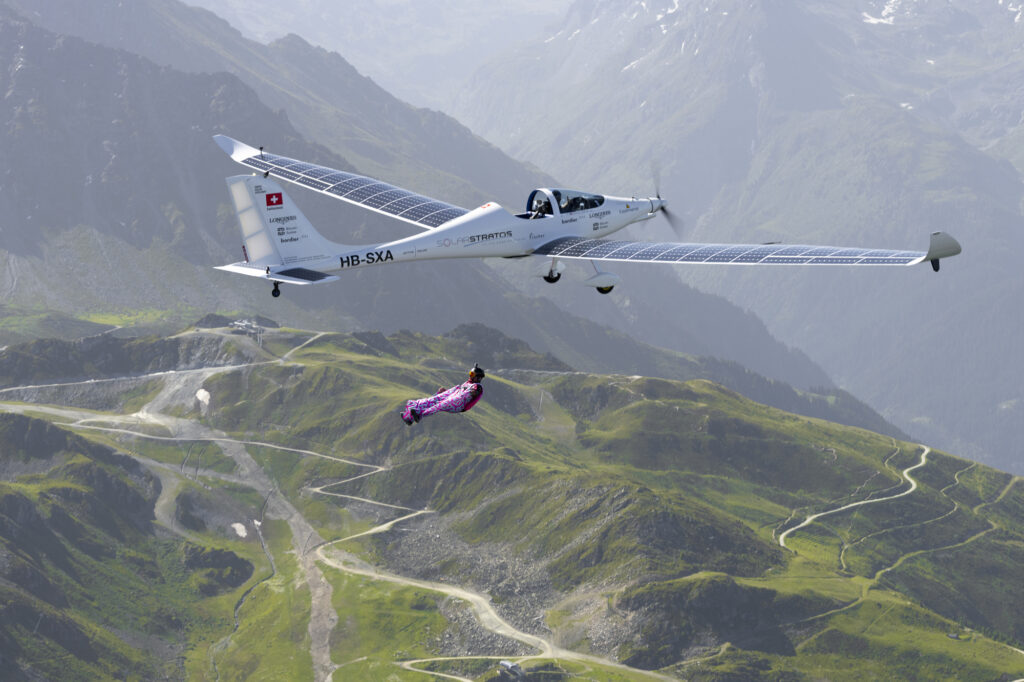 PlanetSolar runs aground – rescue is on the way

“It is 10 years since PlanetSolar was ours but hearing of its running aground south of Mumbai affected us greatly. Fortunately, there were no casualties. We have offered our modest support to the owner of the boat, and we wish him good luck in what is a very technical and complex rescue,” said Raphaël Domjan.

It was aboard this catamaran that he completed the first-ever solar-powered circumnavigation between September 2010 and May 2012. And even now, lessons have been learned: “We thought that if the batteries were submerged, they would have exploded, but they have not and there has been no pollution,” added the eco-explorer.

The latest news is that the boat, renamed Porrima and flying the Swiss flag, is currently being re-floated. “It should now be able to be towed to port for repairs,” said the former captain.