August 2018 – During their recent stay in Argentina, Raphael Domjan, Franck Borrmann from the SolarStratos technical team, and Raphaëlle Javet, the PlanetSolar Foundation director, had the opportunity to meet the Perlan Mission II team.

The meeting in Patagonia was a chance to share and discuss the parallels between the two stratospheric projects. The teams identified several common threads, mainly centred on the technical challenges of the projects, and Raphael was able to gain the detailed insights of a highly motivated and dynamic team.

The magnificent Perlan Mission I project started in 2006 with Steve Fossett when the team broke the existing altitude record for gliders by soaring up to 15,460m. During the SolarStratos team’s stay in Patagonia, a new record-busting glider, the Perlan Mission II, designed to reach new heights using the polar stratospheric vortices that exist at low latitudes, broke a new record under tow, climbing to more than 12,192m (previous record: 9,144m). Since then, on the 27 August, the glider has broken its own record again, posting an all-time altitude record for a glider of 18,491m – a monumental achievement for this extraordinary aeronautical project.

The SolarStratos team extends heartfelt thanks to the Perlan Mission II team for opening the doors to their base, for their welcome and for their insights on their ambitious project. 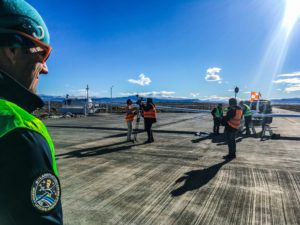 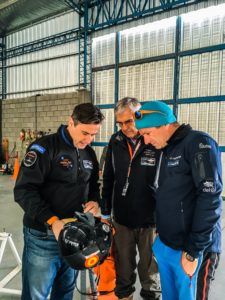