Raphaël Domjan and the SolarStratos team are bringing their stratospheric project to life with the commencement of construction on their hangar at the Payerne airport Aeropole site in the Canton of Vaud, Switzerland. This operational base for SolarStratos will house the first solar stratospheric plane. The Canton of Vaud, the city of Payerne and the Broye region are also on board in this venture and providing support for the implementation of the SolarStratos project at the Aeropole. 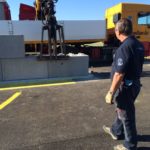 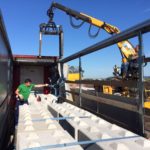 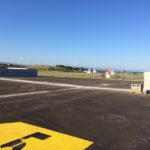 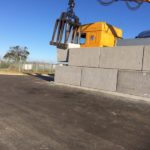 Within a week period, SolarStratos could get in the skin of an astronaut and of a solar-stratonaute! So many emotions in so few days!

The first memorable experience of the SolarStratos Club was held from August 25 to 27th in Bordeaux, France. The SolarNavigators joined Raphael’s team to live the first weightless trip of the Club, thanks to a partnership with Novespace, the company of the SolarStratos‘ patron, the French astronaut Jean-François Clervoy. Raphael, Roland Loos (new CEO of SolarStratos) and four Club members had the chance to experience a unique adventure aboard an A310 specially equipped for parabolic flights. The SolarStratos team was able to experiment 15 parabolas: one Martian, two lunar and 12 in total weightlessness (or Zero-G). An unforgettable moment of life for all! Beyond the pure joy of moving as Neil Armstrong or Claude Nicollier, Raphael was able to test medical equipment on behalf of our partner CSEM, under the supervision of Dr. Patrick Schoettker, professor at the University of Lausanne, chief doctor of anesthesiology at CHUV (Lausanne, Switzerland) and doctor of the SolarStratos mission.

We look froward for the next Zero-G experience in 2017! Perhaps will you also be part of it? Join our Club!

Inauguration of the simulator at Numerik Games festival

Barely a week after back down on land following the Zero-G experience, Raphael and his team inaugurated their 3-axis simulator at the 1st edition of the Numerik Games festival in Yverdon-les-Bains, Switzerland. On September 2, before a crowd of guests, journalists and bystanders, Raphael presented in world premiere this piece of technology that now allows him to train to fly at very high altitudes. This simulator is unique worldwide and was built thanks to our Partners PC-Aero, DLR and Carbon Wacker. Reserved for the pilots of the mission (Raphael and Thierry Plojoux), the cockpit of the simulator will also accommodate some SolarStratos Club members (from the SolarPilot level). Having fun while supporting our eco-expedition, that’s also part of being a Club member!

A year to end in a blaze of glory

The end of the year should be stratospheric! Raphael and his team hope to showcase the aircraft by the end of the year. So keep on following us to live this presentation that will have a global impact! And thank you again to everyone for your support!

That’s it! The 3 axes simulator of SolarStratos was unveiled to the public during the first day of the Numerik Games Festival in Yverdon-les-Bains, Switzerland, with a demonstration of Raphaël Domjan. 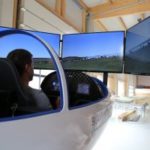 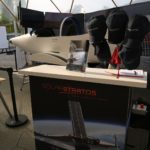 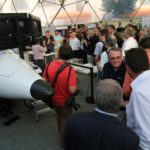 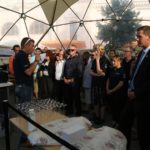 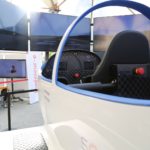 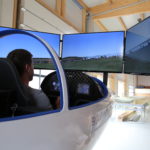 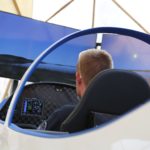 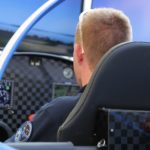 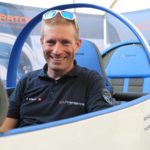 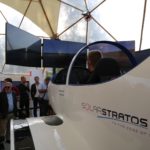 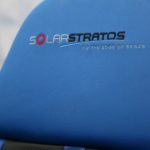