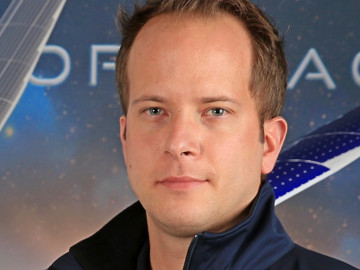 Wiktor Korewa was born in 1982 in Lausanne (Switzerland), has both Polish and Swiss nationalities and speaks 5 languages (French, Polish, English, German and Spanish). After having accomplished his studies in Political Science in Lausanne and Toulouse (France), he published two books on Al-Qaeda (geopolitics and counter-terrorism) and he began then his professional career.

Having an interest in geopolitical and environmental issues and an attractiveness for marketing and communication, Wiktor Korewa is a young experienced professional in both private and public sectors (e.g. federal and cantonal administration, SMBs, big size companies, associations). Before joining SolarStratos as a Partnerships Officer, he was in charge of Marketing, Partnerships and Supply at PlanetSolar, the largest solar boat on Earth. Besides his duties within our adventure, he is also involved in many other projects and currently works for the City of Lausanne as a Communication Officer.