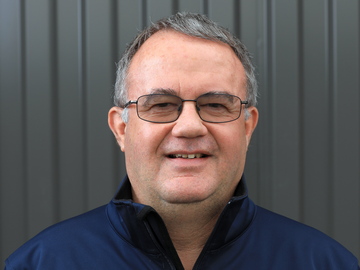 Roland started his carreer at the Swiss PTT satellite department as satellite project manager. In 2004 he was one of the 3 co-founders of NewSat Communications and was instrumental in the development of the company from a start-up to a well respected satellite communications provider to major oil and gas companies. Since 2006, he has been creating and running wholly owned subsidiaries of NewSat in most major oil-producing countries in Africa . In 2013 he lead the diligence process and very successfull merger of NewSat with ITC global and became the COO and president of the combined ITC global structure and was then responsible for the overall development and operations of ITC global’s world-class network infrastructure. He also oversaw the company’s Swiss based legal entity and traveled extensively to manage the international affiliates around the world. In 2015 he was part of the team that managed the highly successfull sale of ITC global to Panasonic Avionics Corporation (PAC). He now develops new activities around the world and advises young companies in their development. He just joined Solarstratos to support the telecommunications aspects and looks at further business opportunities. Solarstratos ideally combines his passion for exploration and aeronautics with sustainable development that leads to new business opportunities. Roland helds a Masters degree in electrical engineering from the Swiss Federal Institute of Technolgy in Lausanne (EPF – Lausanne).