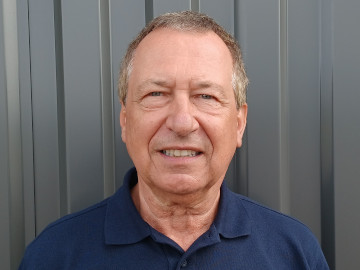 Passionate about the world of aviation since his teens, Olivier obtained his private pilot’s license for airplanes at the age of 18. After studying microengineering, Olivier spent eight years promoting the Ecureuil family helicopters in Switzerland as a sales engineer. His passion for aerobatics led him to improve his skills by competing in numerous national championships, as well as participating in the world championships as a member of the Swiss aerobatic team in 1996 in the United States at the controls of a Sukhoi 31.

Eager to return to the world of flight engineering, he then entered the world of flight training full time for two years before joining the Federal Aircraft Accident Investigation Office. This last professional venture, spanning over thirty years, allowed him to acquire a varied flight experience ranging from experimental single-piston engines to business jets, and including helicopters from the Alouette and Ecureuil families and twin-turbines from the Agusta range, as well as the world of gyroplanes since their authorization to fly in Switzerland.

Involved in the promotion of renewable energies, Olivier engages in training with experimental and certified electric propulsion planes. Very interested in the Solarstratos project from its inception, he is delighted to get involved in this magnificent adventure initiated by Raphaël.