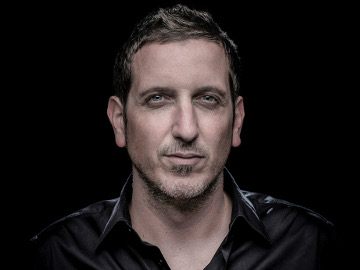 Photographer and co-founder of the swiss photographic agency “Lundi13”.

Born in 1978 in Geneva, Fred Merz graduated from the photography school in Vevey (Switzerland) in 2001. Well-known by the swiss and international press for his work as a portrait photographer, Fred claims an esthetic view of the world, a world that he shows thanks to a multitude of specific lightings close to cinematographic compositions. In the last few years, Fred Merz has been called upon to recreate and develop this artistic approach. At the same time, he has developed new communication concepts for various institutions and more particularly for major Swiss watch manufacturers.

Author of several advertising campaigns, he has been commissioned by the Hublot brand to produce a series of portraits of football stars ambassadors for the FIFA World Cup in Brazil and for Eurofoot 2016 in Paris. In addition to his corporate work, Fred is involved in many international projects, including the pioneering adventure of Solar Impulse. Fascinated by the world of aviation, he joined the SolarStratos project in 2020 to document its various stages.